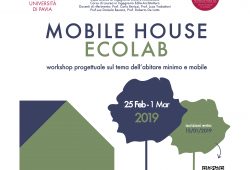 From February 25th to March 1st 2019 the 1st Workshop “Mobile House Ecolab” will be held at the Engineering Faculty of Pavia on the topic of designing mobile homes for sustainable tourism. The objective of MOBIL HOUSE ECOLAB will be to redesign the spaces, language and technological components of one of the mobile homes for […]

Welcome on Building Engineering and Architecture 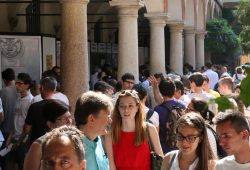 The University of Pavia has been confirmed as one of the major universities according to the Censis-Repubblica 2017/2018 ranking, announced on July 3, 2017. For the ninth consecutive year, our University, with 91.6 points out of 100, is on the podium of the ranking. It concerns universities – according to MIUR data –   with 20,000 to […] 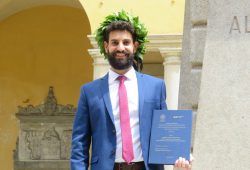 Antonio Nuccio is the first student from Pavia to have achieved the international Double Degree between the Course in Building Engineering-Architecture and the Degree of Technical Architect of the Jaume 1 University (UJI) of Castillon de la Plana (Spain). This DOuble Degree program involves a year of study in Spain in Castellon de la Plana, […]

The University of Pavia has published in the official register the lists and names of the candidates admitted to the new elections of students’ representatives scheduled for 24 and 25 November 2020. In particular, representatives for the next two years are renewed in the Board of Trustees, in the Academic Senate, in the Departments and […]